Posted on November 9, 2013 by walkamileinmyshoesuk 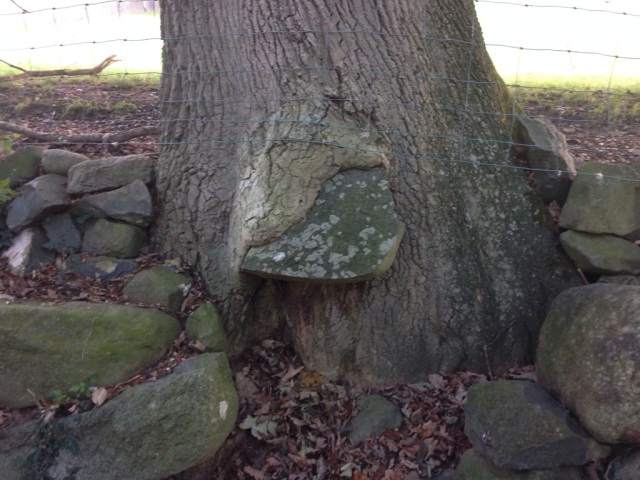 The scenery in every direction was stunning as I left Conwy. Jess had pointed me in the right direction to ensure I got the full Monty.

Words and photographs really can’t do justice to this part of the world, you’re just going to have to visit.

I met Caroline along the coast – she has depression – she’s an ex nurse who found her colleagues responding in a variety of ways to her mental malady – everything on the continuum from understanding to, ‘It shouldn’t happen to you, you’re a professional.’

She walks her dog, an energetic and friendly terrier type, along the sea front to clear her mind.

She walked off to be replaced by her partner, Barry, an open and friendly Welshman.

We briefly talked about how it was interesting that whenever you asked a man how he was you usually ended up talking about something else – usually football or rugby.

On this occasion, with a wry smile acknowledging he was dodging, Barry talked about a friend if his, Steve – an ex-serviceman – who he supports as best he can.

Steve, they believe, has gulf war syndrome following the complex mixture of chemicals he was given prior to his involvement in that particular exchange.

His main problem seems to be the difficulty he feels in re-engaging with society. That, and the fact that society has a tendency to call him ‘Psycho Steve’.

Barry tells me he has advocated strongly on behalf of his friend – challenging folk through clenched teeth and in no uncertain terms, ‘It’s Scouse Steve.’

People, I imagine, would get the message fairly quickly.

Before they left Barry told me there was a bed for the night there if I needed it.

I smiled as they wandered off…

I met Val, trying to reverse her car at the same time avoiding the idiot with a bright yellow trailer and Buttons, the slightly confused cat with a silent meow, on the side of the cycle path.

She had a friendly, albeit slightly exasperated demeanour as she asked me what I was up to.

She told me her husband had been diagnosed with Alzheimer’s a couple of years ago – things at home were ok, but sometimes she became a little frayed around the edges.

‘He sings all the time,’ she told me, ‘but refuses to go along to the choir/ older persons group because he’s stubborn…’

We agreed that stuffing him in the back of the car and kidnapping him might be the way ahead.

I briefly put on my social work head and suggested that it might be time to contact social services for a touch of support given her frazzlement.

She drove off saying she would have invited me in for coffee had she not been driving off.

Susan and Terry wandered up to me in Llanfairfechan while I was having a little seat on a roadside bench.

Terry clearly had trolly envy as he gazed somewhat hungrily at Hubert.

Hearing my story he told me about his history of drug abuse that progressed from cannabis to amphetamines to something stronger to imprisonment. All this with a regular sprinkling of alcohol.
He told me how he’d grown up with friends where drug taking was the norm – how his dealer would say, ‘Sorry, I’ve run out of ‘x’, why don’t you try ‘y’?’

I asked him about the current state of play…he drinks very occasionally – when Susan, his partner and handler, lets him.

It clearly works for them – he’s still quick to label himself as an alcoholic though – I told him about the guy on the Wirral I’d met who I’d had to remind was a partner, a friend and a father…I think Terry heard me…

I met Jane (made up name) later in the day. She has a younger friend who wrestles with SAD – Seasonal Affective Disorder – a depression that encroaches as the nights grow longer.

Her friend, after spending years trying to secure the right kind of employment had found herself a place on a University Course that all but promised employment at the end. The friend, a real people pleaser, was devastated to find herself grinding to a halt on the course. She’s taken time out to work out what to do next – university have been understanding – so it sounds like she’s got a bit of breathing space.
Part of her difficulty though is that she only speaks to Jane about her difficulties. She can’t speak to close friends and family members because if the shame and the embarrassment of it all.

I explained to Jane there is a world if potential support out there – not just pills – that could potentially help her friend.

I asked her to point her friend in the direction of the group because, for me, peer support – having a bunch of folk to talk to about having a mental malady without being judged was incredibly helpful.

We’ll just have to wait and see – and hope.

I met Tony on my way to Bangor. He pinged his bell on his bike behind me as I was completely blocking the cycle path.

‘This is my cycletherapy,’ he smiled after hearing a bit if my story.

He got off his bike and walked with me for a couple of miles while we chatted – it was him who pointed out the oak tree holding a rock to me – I would have missed it otherwise.

We talked about this and that and then he told me about his sister. She’s in her 60’s now – up until she was 9 she’d been top of the class in everything and very outgoing.

And then she changed – her grades dropped and she became very withdrawn.

She was diagnosed with schizophrenia at the time – and now, later in life, she’s been told she has obsessive compulsive disorder – a label she feels fits her better. He described a number of ritualistic behaviours she has to perform just to get out of the house – it’s not necessarily about being obsessively tidy – there’s a real fear that something awful will happen if the rituals aren’t adhered to exactly.

I explained that there appears to be a gradual move in the area of mental health instead of asking, ‘What’s wrong with you?’ The question should be, ‘What happened to you?’

Tony told me he’d always had great respect for his father – but incest (his word for what may have happened) had been mentioned to him. It didn’t sit well with him and the image he wanted to keep if his father. He never talked to his sister about it.

We chatted some more about this and that – he pointed out a whole variety of areas of geographical importance – he showed me the rock holding tree and then we parted, smiling with a handshake.

As I walked into Bangor, I bumped into a couple of women on their bikes – they were cycling back to Conwy where they lived.

We chatted – one of them ran a walking group for people with a mental health problem in the area. She felt that experiencing the great outdoors was a great therapy – she told me of one member of the group who was gradually coming out of her shell over time.

We talked more – I explained that mental ill health will happen to at least one in four of us and that suicide was the biggest killer of men under 35 in the UK, with a massive 5000 plus men and women taking their own lives every year in the UK.

The woman from the walking group explained that they’d found a 30 year old man from Anglesey hanging from a tree on one of their walks.

An absolutely shocking image for everyone concerned.

We chatted some more and I encouraged them both to join up – I walked on feeling kind of empty and sad as I thought about that man.

These conversations happened in the course of a day and a half.

Mental ill health is normal – it’s a common occurrence that happens to us and the people around us for a wide variety of reasons.

And yet there’s still a huge conspiracy of silence.

Let’s put a stop to that. You don’t have to have a professional qualification – you don’t need to have any fancy fandangled language. The reason you have a great big brain is to help you to communicate with your fellow humans.

Go on, give it a test drive.